DECEASED – the local coffin maker and purveyor of the plot to steal the bones of St. Andral. Killed by the vampire spawn nesting in his attic when the PCs came to reclaim the bones.

A week ago, Henrik encountered an imposing, well-dressed nobleman named Vasili von Holtz who convinced him to steal the bones of St. Andral. He was promised “good business” in exchange for his help. Since then, Henrik’s workshop has become the lair of a pack of vampire spawn – former adventurers who were turned by Strahd Von Zarovich. Henrik asked Milivoj to steal the bones in return for money to help feed his younger sisters and brothers. Henrik was killed by the vampires when they were set loose by the party. 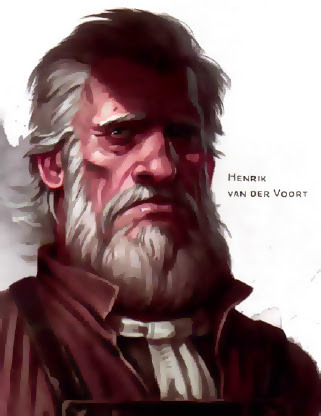