Ireena has been bitten twice by Strahd Von Zarovich. The villagers are afraid of her and avoid her. Although she appears mild, she has a strong will, and she aids the party as best she can in saving herself. She doesn’t remember her early past. She doesn’t know how she came to Barovia or where she came from. Moreover, her encounters with Strahd are fuzzy memories, thanks to his vampiric charm, but she can recall clearly the blazing hunger in his eyes. She tells the characters that wolves and other terrible creatures attacked the house night after night for weeks. The burgomaster’s heart couldn’t stand the constant assault, and he died three days ago. Strangely, since his death, the house has not come under attack. She says that no one from the village has been brave enough to help Ismark the Lesser take Kolyan Indirovich to the cemetery for proper burial. Ireena asks the characters if they would be so kind as to help Ismark deliver her father’s body safely to Father Donavich, the local priest. After accompishing his burial, both she and Ismark “the Lesser” Kolyanovich accompany the characters in their travels. Strahd had been paying nightly visits to lreena Kolyana, the adopted daughter of the village burgomaster. Ireena carries the soul of Strahd’s beloved Tatyana and looks exactly like her. Strahd intends to make Ireena his bride, turn her into a vampire, and lock her away in the castle crypts for all time. It has recently come to light that her long lost brother, Izek Strazni, recognizes her and has been obsessed with her return.

Arriving in Krezk, Ireena is drawn to a pool of clear waters in which she sees the vision of her long lost love, Sergei. Reaching for him, she was torn from his grasp by Mahel who mistook this figure for one of evil. At which point, Strahd, sensing this spirit attempting to take her, destroyed the pool, forever tainting its waters. Her journeys took her to the wilds of Mount Baratok, where she was infected with lycanthropy. She was kept hidden by the Mad Mage of Mount Baratok, Mordenkainen for a time, but when he was struck down, was left without a sanctuary. SHe and her half-brother Ismark were both infected and while the party searched for ancient relics to help in their fight against Strahd, Ireena was struck down and abducted by the vampire lord during their fight at Yester Hill. 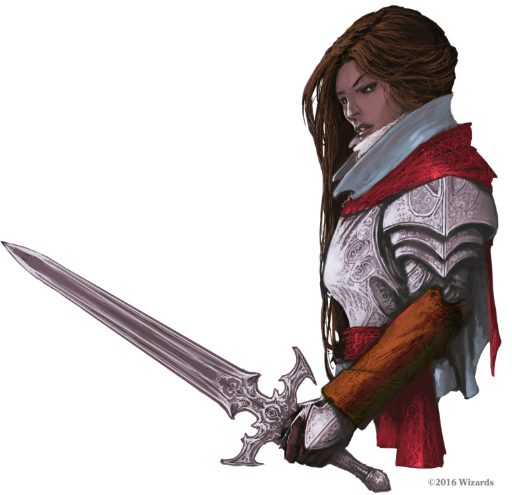