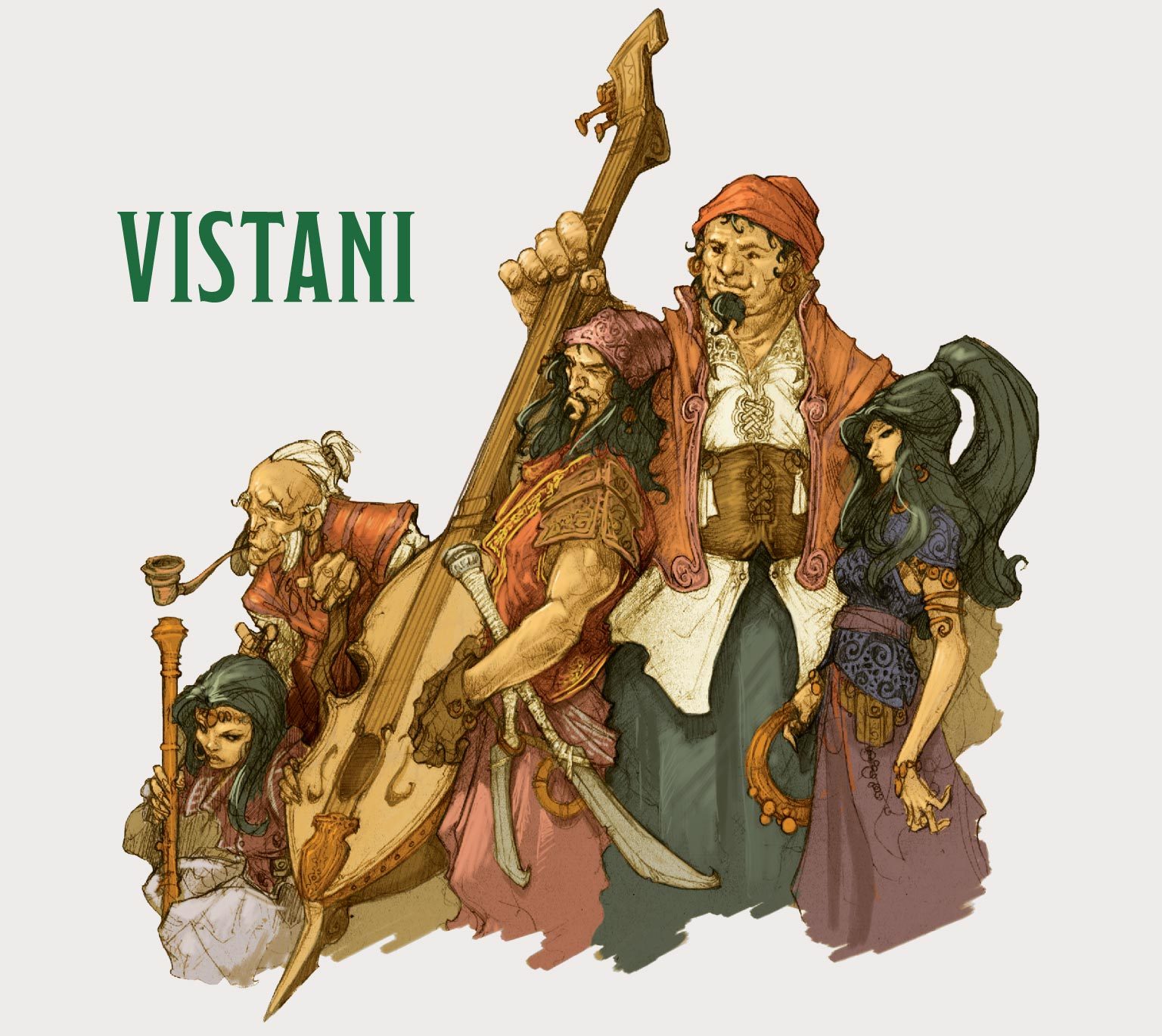 The Vistani (singular: Vistana) are wanderers who live outside civilization, traveling about in horse-drawn, barrel-topped wagons called vardos, which they build themselves. Compared to Barovians, they are flamboyant. Vistani dress in bright clothes, laugh often, and drink heartily. As much as they feel at home in Strahd’s dreary land, they know they can leave it whenever they please and aren’t damned to spend eternity there. Vistani are silversmiths, coppersmiths, haberdashers, cooks, weavers, musicians, entertainers, storytellers, toolmakers, and horse traders. They also earn money by telling fortunes and selling information. They spend whatever they earn to support a lavish lifestyle, display their wealth openly as a sign of prosperity, and share their good fortune with family and friends. Each family or clan of Vistani is its own little gerontocracy, with the oldest member ruling the roost. This elder carries the bulk of the responsibility for enforcing traditions, settling disputes, setting the course for the group’s travels, and preserving the Vistani way of life. Vistani elders make all the important decisions, but whether by choice or because of their age, tend to speak in cryptic, flowing riddles. Vistani families and clans are closely knit. They resolve disagreements through contests that end with re-conciliatory singing, dancing, and storytelling. Although they can seem lazy and irresponsible to outsiders, the Vistani are serious people, quick to act when their lives or traditions are threatened. They are merciless when they believe they must be. Vistani who knowingly bring harm or misfortune to others of their kind are banished- the worst punishment a Vistana can imagine, even worse than death.